I apologize but due to unforeseen circumstances I didn’t get a chance to post in the month of October. Hopefully this will help explain a little of that. Add on the additional health issues I find myself facing and it has been a challenge. My path is like that in the picture above, ever winding, curving, up hills and down in valleys, never straight yet such beautiful scenery along the way of life. So, nothing to do but start again and never ever give up! 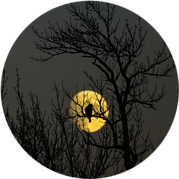 Its name is derived from octo, Latin for “eight,” an indication of its position in the early Roman calendar. Among the Anglo-Saxons, it was known as Winterfylleth (Ƿinterfylleþ), because at this full moon, winter was supposed to begin. “October is commonly associated with the season of spring in parts of the Southern Hemisphere, and autumn in parts of the Northern Hemisphere, where it is the seasonal equivalent to April in the Southern Hemisphere and vice versa.” https://en.wikipedia.org/wiki/October

When I was young October was always welcomed since it meant the beginning of the “holiday” season. It meant dressing up to be someone else for a short while, even though I could never make up my mind who to be, a princess like Snow White, a doll like Raggedy Anne, maybe Little Red Riding Hood, maybe a fairy or a cheerleader, or a clown, thank goodness my mother made the choice for me, at least until I was older. There were Halloween parties at school, yes, they were allowed back then, neighborhood walks on Halloween night, while knocking on doors and citing “trick or treat, smell my feet, give me something good to eat.” That too has become a thing of the past.

As a teenager back then it was looked down upon to be “trick or treating” unless you had a younger sibling because you were “older now” so it became a bit viler with egging cars and house windows, soaping school windows with words we wanted to say and never had the courage to or throwing crab apples inside cars when people were foolish enough to leave the windows down and tee-peeing the front yards with toilet paper of teachers and other school staff we didn’t care for, like the head lunch lady. Our way of revolting I suppose since we could no longer get the candy so easily. Oh, the memories! We got away with so much.

Once a mother and the kids were old enough, I became the adult to make October a month to remember. I did a good job at it too. We always carved pumpkins. Something I don’t remember doing as a child. During the Halloween parties at school, I always baked cookies and decorated them for the kiddos. Yes, it was still allowed at most public schools at that point. I always dressed up on Halloween, usually as a witch since I had long dark brown hair and could cackle like one too. Plus, all you needed were black clothes. I always decorated the outside with haybales, gourds, pumpkins, and a few homemade ghosts hanging in the trees. Inside the house too though I could not afford to buy decorations we handmade ours. Those were some of the best times for my small family, two girls and one boy. I loved those times with them.

There were also hard times in October that carried over into winter. Somewhere in that month I would usually get beaten. It would be the start of long winters within that relationship. Some winters were just lonely but a welcomed loneliness.

Some winters were terrifying and seemed to be never ending. After spending many years in therapy, I realized with the help of it being pointed out to me, that as much as I loved autumn it became a signal in my subconscious of being the hard times, of being abused within that domestic violent relationship with the father of my children.

Being abused during one of my favorite times of the year was very confusing for my psyche.

Learning how to undo that damage has been a lifelong process. My fathers passing during October in 2010 added to the sorrow that already comes with once being a victim of abuse. I still undergo a period of what could be described as almost dread or resistance when September is on its way out. I know I will not be abused any more. I know that my perpetrator is deceased and no longer a threat to my well-being. I know it is all in the past.

Sometimes our bodies still respond to the pattern they learned without any reason. Mine goes into what I consider “protection” mode. Even though there is no longer that familiar danger there is still an imprint, a memory formed in my subconscious. I literally must remind myself on many given October days that I am safe, that I am free from harm, and I am no longer at the mercy of someone else’s rage.

When I now look at the vibrant colors of autumn, with its oranges, reds, crimsons, burnt umbers and mixed hues of decay, watching the leaves fall into this beautiful Earth I see another year of growth underneath my wing, another year of wins against all odds, another year of living, learning, loving, laughing, crying and yes even burying the dead. I also see beneath the cool ground lays the prospects of a bright spring, of another year for new life, another chance and making of a new year with new colors, new stories, new grandkids, new gardens and new commitments to the people that I love and care for. To check in on them, let them know that I do care and be there, if need be, as some were for me in those cold months of winter. 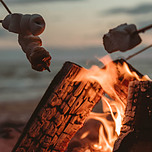 October is a great month for the usual pumpkin patches, carvings of jack-o-lanterns, apple cider donuts along with the hot spiced apple cider drink, children running in the chilly air, hayrides, and bonfires with roasted marshmallows and hot cocoa for the kiddos. I love a good bonfire! 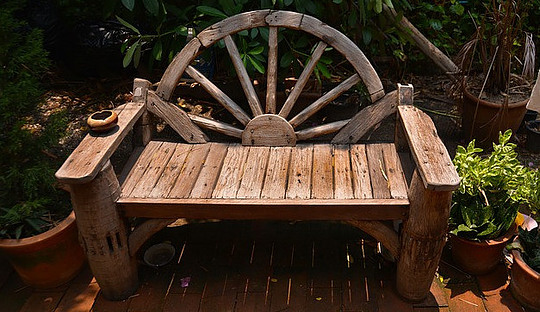 There is a short story, Neil Gaiman wrote, personifying the month, titled “October in the Chair”, for his 2006 collection Fragile Things. If you get a chance read it. I enjoyed it immensely but short stories that make you think are my sort of thing. This one will leave you wanting more. 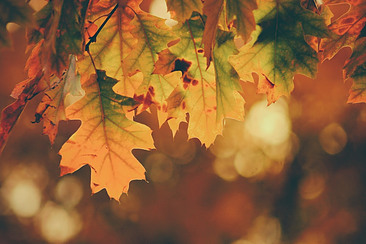 Here’s to happy Holidays to come my friend! I hope you get a chance to enjoy a good bonfire along with your favorite drink and people you love in hopes that it will keep you warm in your soul during the long months of winter.

I hope you will share your experiences and thoughts with me either in the comments below or send me an email.